ENG vs IND | This Indian group of white-ball experts have been built on the back of IPL: Michael Vaughan – TechBenzy 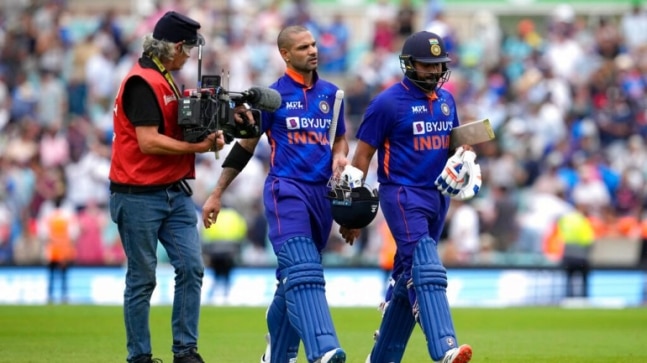 India defeated England in the T20I series 2-1 before stamping their authority in the 50-over format, with a 10-wicket victory over England in the first ODI match.

Former England captain Michael Vaughan has credited the IPL as the reason behind India’s success in white-ball cricket and added that Rohit Sharma’s men are one of the “clear favourites” to win the T20 World Cup 2022 in Australia.

India defeated England in the three-match T20I series by 2-1 before stamping their authority in the 50-over format. The Men in Blue handed the Three Lions a humiliating 10-wicket defeat in the first ODI.

“Conditions will be different in a year and a half’s time (for the ODI World Cup) but India have just got to get on a roll in white-ball cricket. They’ve just got the build that momentum, they’ve done that in the T20 series in the manner that they’ve played,” Vaughan told Cricbuzz.

England were bundled out for just 110 runs in the first ODI as Jasprit Bumrah returned with the figures of 6/19 at The Oval in London.

“I’ve said before, this Indian one-day team for long haven’t gotten close to winning anything for a long period of time. They should be there or there about every single Champions Trophy, T20 World Cup, and ODI World Cup,” Vaughan added.

“This Indian group of white-ball experts that have been built on the back of IPL, should be pushing all the way in all conditions world. Not just at home next year. They should be able to arrive in Australia in a few months’ time as one of the clear favourites to win that tournament. They’ve certainly got enough skill.”

India will take on England in the second ODI match at Lord’s on Thursday (July 14).